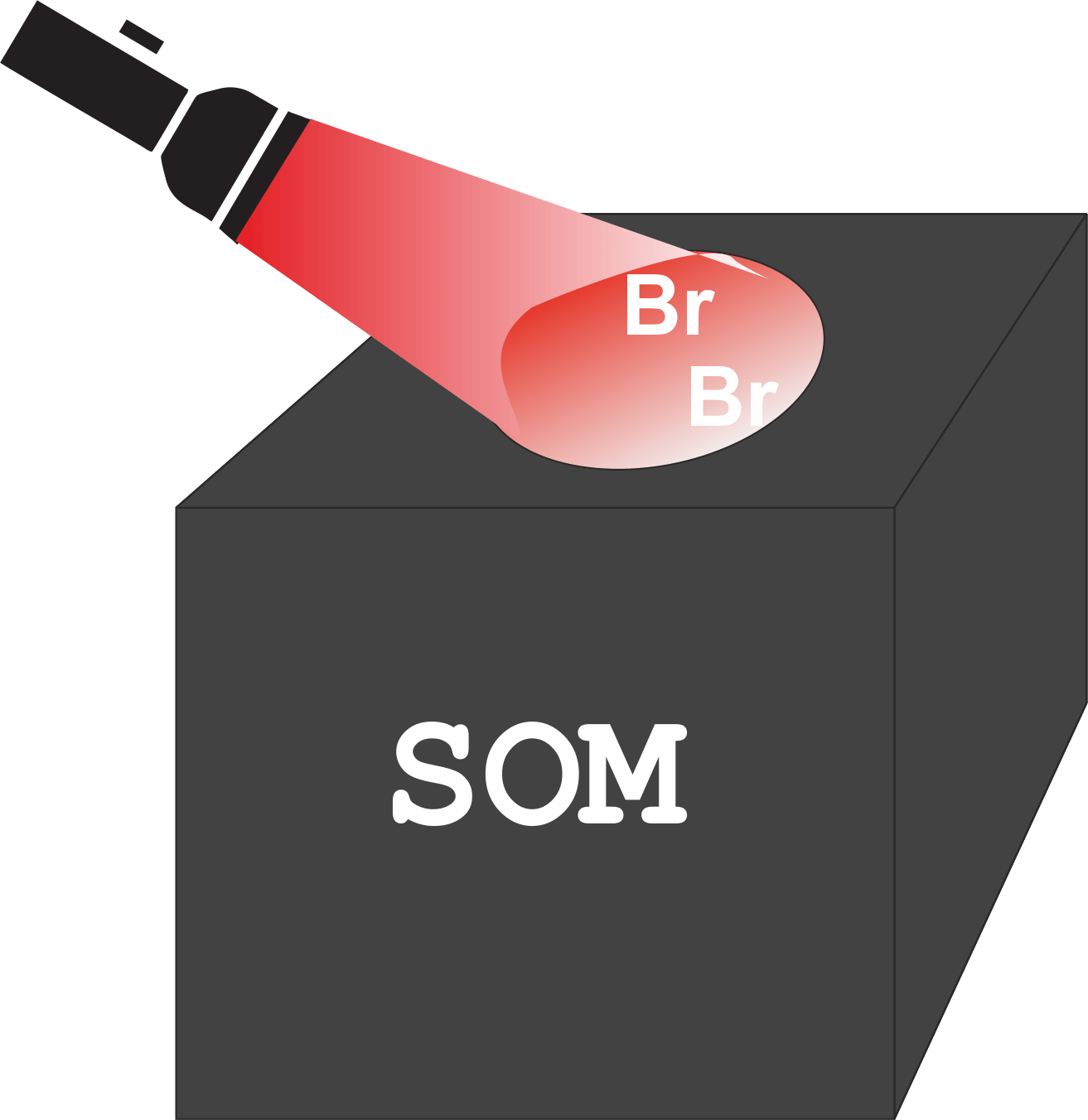 Organohalogens in the environment are a booming research subject, due to their role in many ecosystem functions and ecotoxicology. A recent study showed that a series of colluvial soils in NW Spain, known as Atlantic rankers and having the idiosyncratic feature of high loads of aged pyrogenic soil organic matter (OM) from anthropogenic palaeofires, contain large amounts of organically-bound natural bromine. Furthermore, it appeared that the Br/C ratio, indicative of biobromination status of the OM, increases steadily with age during the Holocene. We compared the organobromine record with OM composition as determined by pyrolysis-GC-MS. It appeared that negative excursions in the Br/C record coincide with peaks in pyrogenic matter content and positive excursions with peaks in the proportion of pyrolysis products from microbial constituents. Hence, in addition to age, SOM composition has a secondary controlling effect on organobromine concentrations. And the fact that the Br is associated with microbial SOM is strong evidence of a biogenic source (microbial halogenation), as abiotic surface binding would cause enrichment of Br in the pyrogenic SOM fraction, which has the largest specific surface area.