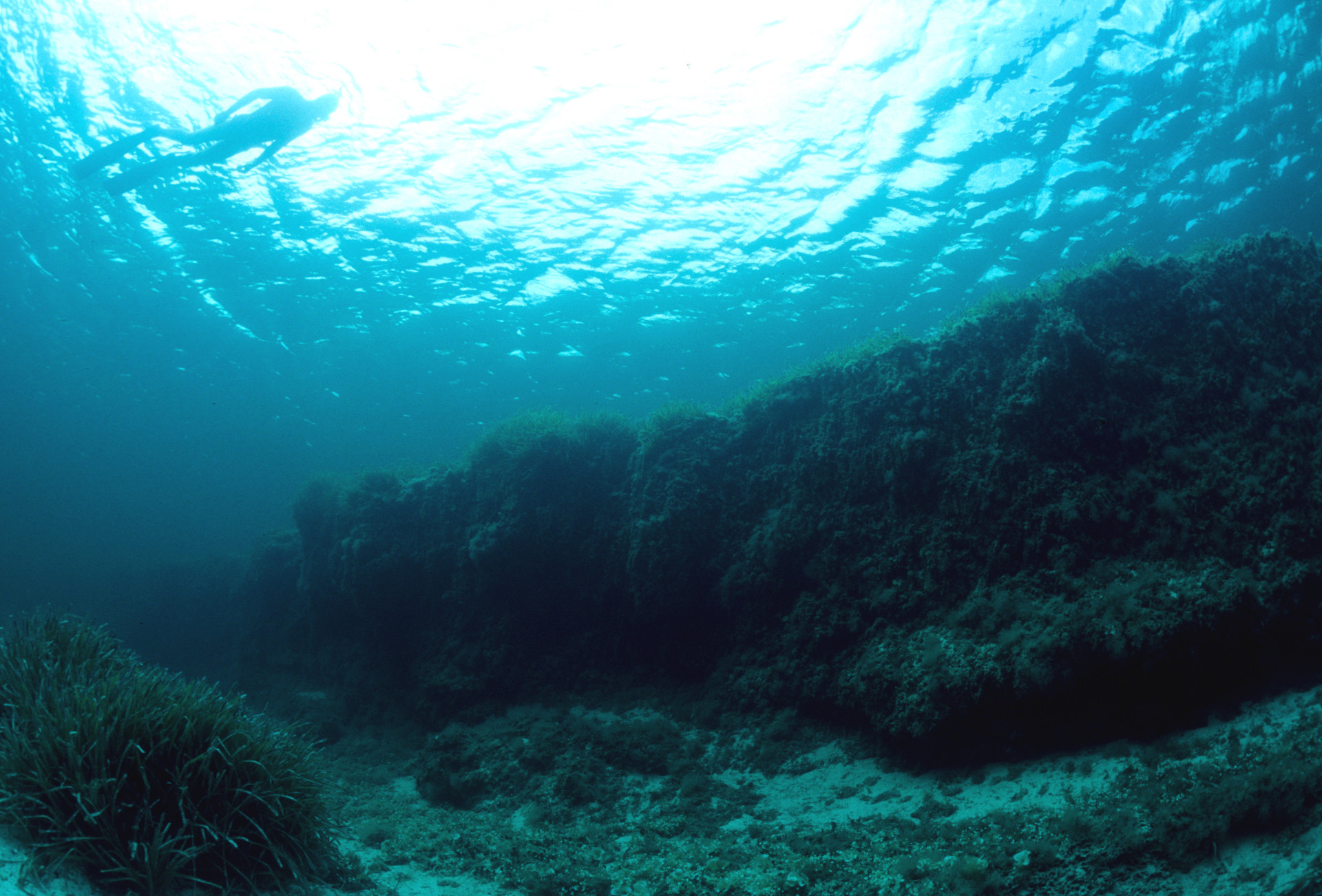 Chemotyping the lignin of Posidonia seagrasses

(Scroll down for PDF)

Initial efforts using analytical pyrolysis techniques (Py-GC-MS and THM-GC-MS) showed that the endemic Mediterranean member of the Posidonia genus, P. oceanica, has abnormally high amounts of p-HBA (para-hydroxybenzoic acid) whereas the down-under variety does not. State-of-the-art lignin characterization in Seville (DFRC, 2D-NMR) showed that the p-HBA is part of the lignin backbone, and not glycosylated as initially expected, and P. oceanica is now the producer of the most extensively p-HBA-acylated lignin known in the Plant Kingdom.

Chiefly the Mediterranean Posidonia (=P. oceanica) creates massive submarine peat deposits called mats. And only P. oceanica has p-HBA-burdened lignin. The paper in Organic Geochemistry discusses the likeliness of the peculiar lignin structure as the main cause of the differences in their potential to accumulate debris in mats: microbes would not be able to decompose it.

Here we will have a look at a bit of unpublished data on a third Posidonia species. More specifically, we discuss the composition of the sheath materials of Posidonia sinuosa, which is endemic to western and southern Australia. Contrary to P. oceanica and P. australis, for this species the molecular characterization was not performed for a range of anatomical sections of the seagrass (leaf blade, leaf sheath, rhizome, root) but for the leaf sheath only. This is the part where lignin is concentrated and therefore its analysis is thought to be representative of the lignin features of this plant species.

From the Py-GC-MS and THM-GC-MS data, the P. sinuosa is much more similar to its southern relative that to the Mediterranean high-carbon accumulator (see figure below), but it probably contains slightly more p-HBA than Posidonia australis. Posidonia sinuosa is not capable of producing big mat deposits neither, and it is tempting to conclude that there is a link between the palatability of different species of Posidonia seagrasses (by microbes, that is) and the abundance of p-HBA in the lignin backbone, even though definitive evidence has yet to be presented.

In a similar fashion as land plants, Posidonia species are major sequesters of atmospheric carbon. Considering that they also manage to store it in millenary years old sea-peat deposits, storing many gigatons of carbon that would otherwise raise CO2 pressures, it is not surprising that these seagrass habitats, which are, despite of the numerous governmental entities that have developed programs for their protection -including cultivation programs-, in dire need of conservation.

Even though the Australian and Mediterranean genera diverged tens of Millions ago (possible associated with the closure of the Tethys Sea), it is striking that members of the same family can have such a remarkable difference in the structure of their skeletons: lignin is not a minor chemical but it accounts for up to 30 % of the seagrasses dry weight and is the largest biomolecular constituent after holocelluloses.

Posidonia cultivation at Aegadian Islands, and at the Balearic Islands.